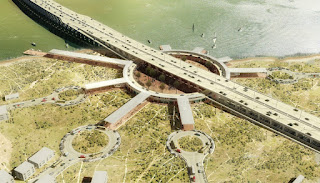 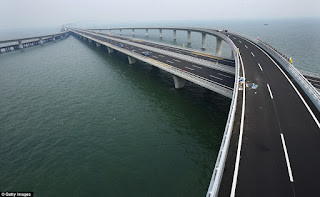 
Lagos State Government has signed a Memorandum of Understanding to begin the construction of the 38km 4th Mainland Bridge, expected to bring a 14-year old dream to reality.
The MoU was signed on Wednesday at the Banquet Hall, Lagos House, Ikeja.
The construction is expected to cost N844billion ($4Bn) in a Public Private Partnership initiative and would be delivered in three years. 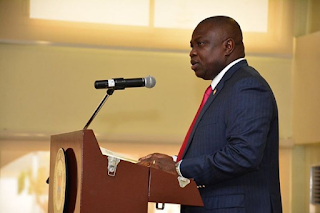 The need for the bridge had become imperative following the phenomenal growth of the State with a population of over 21 million people, which has in turn increased commercial activities and traffic gridlock, the state Governor, Mr. Akinwunmi Ambode was quoted as saying in a press release signed by his chief press secretary, Habib Aruna. “This has made it imperative for us to have a 4th Mainland Bridge that will serve as an alternative route to the Eastern axis and decongest traffic in the State,” he said.

I accept that it is a good idea to have a 4th Mainland Bridge because of its benefits to the people,  but at what cost ?.  Also , there is an ongoing Lagos Light Rail project which is yet uncompleted and has gulp over $1.2Bn . The project cost is fantastically padded that a similar project in Addis Ababa, Ethiopia cost just $475m  and it is already completed and running effectively.

In a country where corruption is endemic , the cost of constructing a kilometre of road in Nigeria appears to be the costliest in the world, according to Saturday PUNCH findings.

A careful assessment of road projects in Nigeria showed that averagely a kilometre of road costs N1bn. Saturday PUNCH investigation revealed that road projects were also constantly being reviewed with government increasing the contract sums either biannually or once in five years. Investigations showed that even in Africa, the cost of constructing roads in Nigeria is far higher than what is spent on constructing roads in other nations on the continent.

I believe the cost of building the 4th Mainland Bridge is too high compare to  a similar project in China which is The Jiaozhou Bay Bridge, costing  just over $1.5bn. 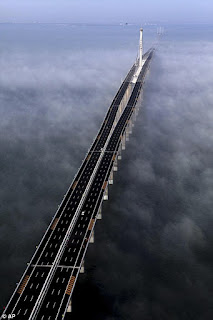 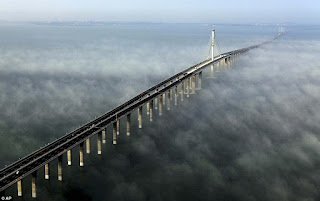 
China opened the world's longest cross-sea bridge in 2011 - which stretches five miles further than the distance between Dover and Calais.

The Jiaozhou Bay bridge is 42 Km long and links China's eastern port city of Qingdao to the offshore island Huangdao.
The road bridge, which is 110ft wide and is the longest of its kind, cost nearly $1.5Bn to build.

How will this high cost of building the Bridge affect the people of Lagos State?.  Lagosians will be the ones to pick the bills through excessively high Toll charges and higher taxation.