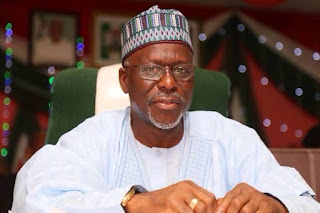 To be a leader does not only entail assuming a position of authority and power. It is about having the capacity to translate vision into reality.

The Man
His Excellency, Capt. Idris Ichalla Wada is one of such rare visionary leaders of our time. Capt. Wada was sworn in as the Governor of Kogi State on January 27th, 2012. On assumption of office, Capt. Wada came with a clear vision of “leading by example, by subjecting ourselves to the highest ideals of good governance, which are hard work, integrity, discipline, transparency and accountability as our watch word”.
His vast experience as a widely travelled international pilot and exposure to public administration enabled him to understand that continuity in governance ensures sustainable development and discourages dubious inflation in government procurement and contracts. Governor Wada, like other development-conscious world leaders, adopted the continuity principle as the focal point of his administration in the last three years.

The Vision
This is the vision statement that clearly defined the direction and has remained the guiding principle of the administration. So far, the Governor has left no one in doubt that he is truly a leader driven by the passion to serve his people. Well known for his prudence in resource management and knack for fiscal discipline, he wasted no time in plugging revenue leakages and curtailing financial recklessness despite financial constraints in the state.

The Governor set out by raising a think-thank comprising illustrious sons and daughters of the state to prepare a development blueprint, which served as the road map for development by the government.

A Legacy of Good Governance
Undaunted by the several months of election-related litigation, the 2012 flood and insecurity challenges the administration faced, Governor Wada has left no stone unturned in his effort to bequeath Kogi State with a legacy of good governance. An appraisal of Wada's administration till date shows that there are sufficient signals to suggest that the administration has made progress in laying the foundation for a new Kogi State. Kogi has been made a bride for investors, while it has also witnessed an unprecedented improvement in infrastructural development.
The State like never before, according to observers, is on a threshold of a new beginning. Putting behind it the past of under development and putting on the new garb of a fast growing economy through a massive turnaround in social infrastructures.

Investment in Agriculture and Industry 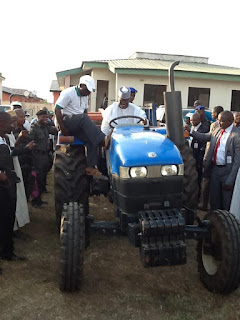 Indeed, Kogi has in a short time undergone an agricultural and industrial transformation, made possible by the influx of foreign investors to stimulate the state's economy as a result of which Kogi now plays the role of a catalyst, culminating in the signing of about 20 Memoranda of Understanding which have led to investments running into several billions of naira. 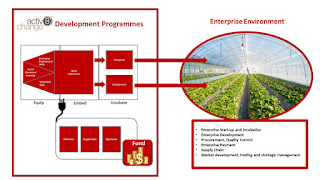 The attraction of foreign partners into the state's economy is anchored on the political will of Capt. Wada and the creation of an enabling environment for businesses to thrive in the state.  Kogi State government has attracted investment benefit of $700 million from a US-based investment group, Anointed Holdings.

Towards ensuring the development of the state's agriculture and industrial sector, the Wada led administration, has entered into agreement with willing investors, to form Joint Ventures and later as Build, Operate and Transfer with an enabling legislation to allow for Public Private Partnership already in existence. 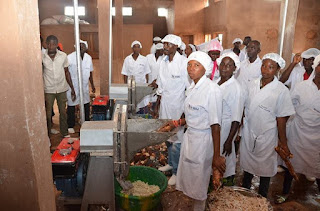 With the future of the nation depending on agricultural production, the state’s massive investment in agriculture especially in Sugar through the establishment of a 50 hectares cane sugar seed nursery, is believed to be geared towards enabling the planting of 1000 hectare of sugar cane in about a year, an investment anchored by BUA Sugar, Dangote Sugar and UniCem Sugar companies. The trio, planning to set up sugar plantation and refining facilities in the state, it is hoped, would help form the bulwark for the realization of the National Sugar Master Plan (NSMP).

The administration has placed the State as number one in Cassava and Rice production. It has through agriculture created 4,500 jobs for youths and over 3,500 fishermen/fish farmers in the State. Already, through collaboration, a rice and cassava staple crop processing zone has been established in the State. 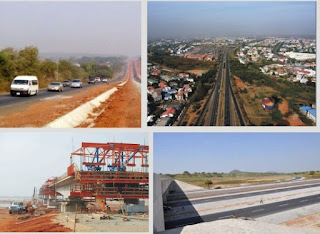 The MoU with Favic Constructions Company for a transport terminal seeks to exploit the immense location of economic advantage of Kogi State as a transportation hub. On the average, vehicles from 22 States pass through the Capital daily.

The bus terminal will have enough space to accommodate 40 Luxury Buses, 200 Interstate Buses, over 100 taxis and will have 60 Lock up Shops, Offices, Clinic, Police Station, Maintenance Workshop, ample parking spaces for the public, landscaping and restaurants.

The facility will also have an International hotel, a Bank, Open Court Restaurants, and Restrooms.
Towards providing mass housing scheme, the state entered into a partnership with Light House Financial Services Limited to build 1500 houses of various categories for it citizens. The scheme would be located majorly in Lokoja while other towns would benefit in phases.

Realizing the importance of power in driving socio-economic development in any society, the state government signed an MoU with Good Earth Power Nig. Ltd and Astra Coal Nig. Ltd. The companies aside investing in housing, agriculture, infrastructure and power plants, would utilize the abundant coal deposits in the State to generate the much needed electricity for the Country. 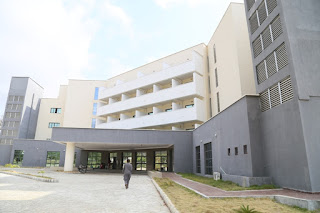 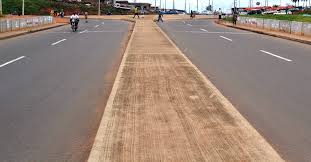 The importance of the provision of good road network in the socio- economic development of any society cannot be over emphasized. It is in line with this policy that the present
administration since inception has given road construction and
rehabilitation in both urban and rural areas the deserved attention.
Each of the three senatorial zones of the state have benefited from the integrated road projects of the Wada administration.
Almost all township roads in the 21 LGAs are undergoing reconstruction with 1500km of township and rural roads involved. Presently, the major arterial road that passes through Lokoja, the State Capital is being dualized. Similarly, the construction of Otokiti-Ganaja Road Bye-pass is on-going and has opened up a new town in Lokoja. 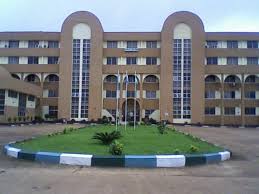 His Excellency's impact is not only in infrastructural development but also in the fields of education sector which is considered the cornerstone of sustainable and balanced development.

The Wada administration has not only renovated primary and secondary school buildings but has consistently paid WAEC Examination fees for final year students across the state, ensured the accreditation of courses at the State Polytechnic, State University and all its Colleges of Education and School of Nursing and Midwifery, Obangede.

The administration has built hostels in tertiary institutions in the state, with the state not only giving Kogi State University over N500 Million funding support in the last two years but has built male and female hostels in the school.

The government has also resolved all outstanding labour issues affecting the university. Furthermore, three new ultra modern hostel blocks have been built at the main campus of Kogi State Polytechnic, Lokoja.
Capt Wada while commissioning the hostel blocks reassured that the State government will continue to provide a conducive atmosphere for learning for the students in all state-owned institutions, saying that it is only in a conducive environment that can produce good leadership Tomorrow . 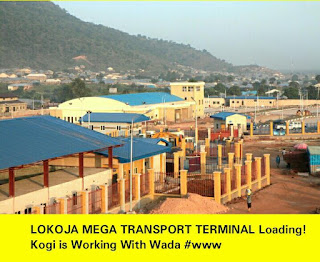 The Wada administration has also stamped its feet in the transport sector.
It has been established worldwide that transportation is the conveyor belt of any nation’s economy and the driving force of social interactions. Nigerians and in particular, the citizens of Kogi State no doubt depend on transportation to reach or meet their needs for daily existence.
The transportation system also serves as an adjunct of the culture and tourism development. It is in view of its importance of transportation that Kogi State Government evolved policies to regulate the sector and where necessary intervene to ease the movement of the people .
The recent intervention of the administration of Capt Idris Wada aimed at solving the hardship of commuters, necessitated Government’s purchase of twelve units of 32– seater buses, with each having a standing provision for 20 passengers as another landmark of the administration.
It would be recalled that the collapse of the Kogi State Transport Company, until the coming of Capt. Idris Wada, caused a lot of hardship on the socio - economic life of the people. 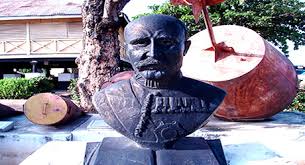 Other sectors like information and tourism have also received the adequate attention.
In the area of tourism, there is an on-going remodeling and reconstruction of Kogi Hotels, erection of tourist gate on Mount Patti, renovation and rebuilding of Lugard's residence on Mount Patti in Lokoja as well as the hosting of the yearly Confluence Carnival. Due attention has also been given to the sports and information sector.

Plans are already in place to complete the establishment of the state owned TV station. All booster stations of the Kogi State Broadcasting Corporation in Otite, Egbe and Ochaja have been resuscitated and are now fully operational while head office of Confluence Radio has been renovated.

Apart from constructing the administrative building of the state printing press, the government has also procured new machines for the printing press.

The present administration has undertaken the construction and resuscitation of over 32 water schemes in different parts of the State as well as drilling of 82 motorized and solar powered bore holes.

The administration has also embarked on the recruitment and training of Engineers, Technicians and Hydrologists to understudy the expatriate Engineers currently managing the Greater Lokoja Water Project.

In its determination to positively affect and transform the rural areas, Capt Idris Wada’s administration has spent over 1 billion Naira in providing motorized boreholes, construction of Primary Health Clinic, classrooms, purchase of Ambulances and water projects as well as feeder roads across the 21 Local Government Areas.

With so much investment in the health sector, the administration has provided and upgraded new and existing healthcare facilities across the State.